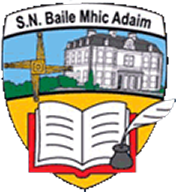 Sean Kearney from Ardfert asked for birthday cards to be sent to him from all over the country. His double digit birthday took place on May 5 and to put a big smile on his face, he hoped the public would send him a birthday card in the post.

Gillian McEoin from Killarney Garda Station has teamed up with Tralee based Garda Mary Gardiner, and asked that the cards be sent to either Garda Station.

“Sean is one of those children who hasn’t had the easiest time of it healthwise but is a prime example of how resilient children are through all adversity,” Gillian said. “Let’s help make this little guy’s birthday even more extra special.”

First, Second and Third Class of Cadamstown NS were delighted to make birthday cards for Seán which they sent to  Tralee Garda Station to deliver to him. I’m sure he was thrilled to see all the beautiful cards.